Who Am I Event on June 4; Tribune and Mercury News Coverage 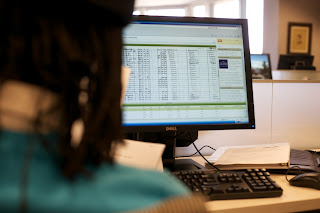 I am so excited to report that the Ancestral Project has now been featured as a story in the Oakland Tribune and the San Jose Mercury News!  This is a big deal considering that the Tribune is the hometown newspaper for most of the youth involved in the program.  These two articles make a total of three newspaper articles (including the San Francisco Chronicle) and one television segment (KGO 7) published by local media about the project.  That is a remarkable accomplishment considering that genealogy is not usually a subject covered in such depth by the media let alone one that is addressed from the context of which it is being presented.  The Chronicle story was on the front page!  I am glad that some positive news about our youth is out there for the masses to see.  It's too often that we see something negative about them.

Additionally, it's great to see these stories published during the same week that the youth will be unveiling the results of their research at a public event. The event will take place on June 4, 2011 at Malcolm X Elementary School at 1731 Prince Street in Berkeley, CA from 10am to 1pm.  There will be displays featuring the scrapbooks, videos, and research of the youth, a panel discussion featuring youth from each site, and presentations by Dr. Wade Nobles and myself.
Email Post
Labels: Community Cool Stuff