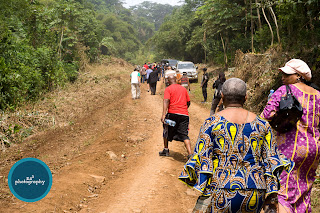 Day 8 signaled a return to the slave port Bimbia, which is near Limbe, formerly known as Victoria.  I knew returning to the site would be an emotional experience, but I was unprepared for what we saw once we actually got there.

The ARP 2 visit to Bimbia included a slave trade re-enactment and purification ceremony.  During the re-enactment, local dignitaries noted key areas of the port and the fact that an anthropological survey has concluded that dried bananas were used to feed the enslaved that were housed there before their transportation to other countries in Africa, South America, or the United States. Additionally, they said that they’d identified figures that state that as many as 30,000 people moved through Bimbia and were held in 7 different camps there. Avline Ava, president of ARK Jammers, gave an emotional speech about her emotions regarding what had taken place at the site. 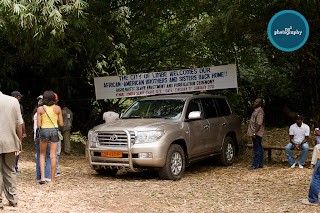 I took time away from the re-enactment to go and sit by the the ocean. It was something that I wanted to do while at the site during the ARP 1.  A couple of the other people from the delegation did the same.  Amongst the silence and peacefulness around us, we talked about the feelings the port conjured up for each of us. It made me think about how the beautiful had been turned into the ugly. If you saw this beautiful site 400 years ago, you’d be almost sure you’d never see your family again.  Here I am sitting at this site, and I can enjoy it and leave freely.

The purification ceremony began the day prior and included water from a creek that runs through the site.  Local chiefs blessed the water and poured it on the hands of each member of the delegation. The purpose of the ceremony was to connect us to the ancestors so that we, ourselves, could be free from bondage. 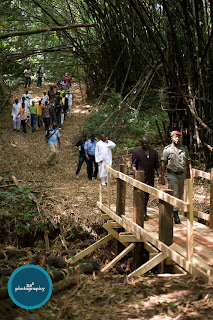 It was very obvious. Bimbia had changed.  There were wood chips and sawdust everywhere.  Burned tree stumps abounded.  It was brighter in presentation. I’m unsure whether I like that.  I saw the seeds of development in the area, which was good, but it had me concerned.  The previous state that the site was in was more evocative, in my opinion.  The tunnel that the trees formed as you walked towards the Atlantic Ocean was gone and now open air was around you as you looked out towards it.

Following the visit to Bimbia, the delegation headed to eat with the local dignitaries in Limbe. The scene was reminiscent of the ARP 1, only it took place later in the program. 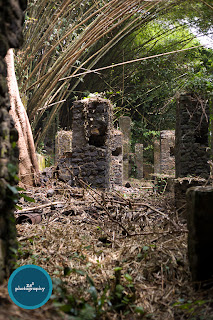 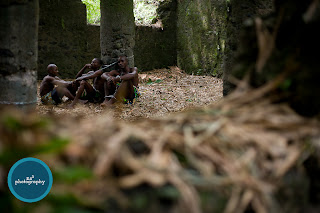 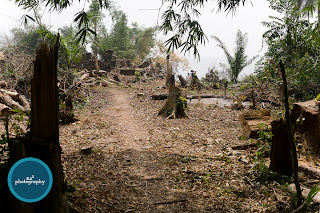 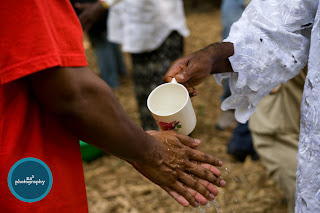 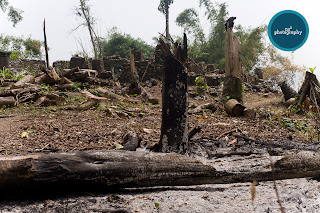 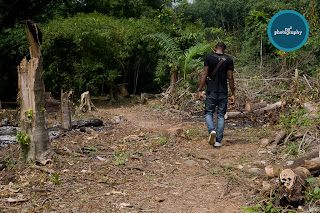 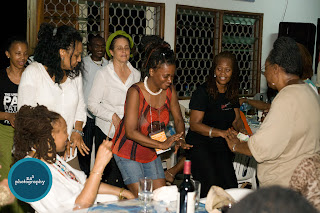 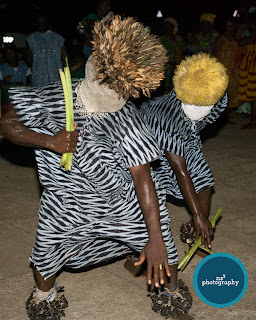