Day 6 | The Spirit and a Musical Healing

By this time during the ARP I, I was exhausted.  The heat combined with mental and physical fatigue had begun to take their toll.  This caused me to miss a church service at Pariosse EPC Djoungolo Berceau Prostestantine dans le Region de Yaounde.  Members of the delegation who attended the ARP I service came back with wonderful words about it.  I made sure that I didn't miss the service this year, and I'm so glad that I didn't.

EPC Djoungolo is a warm, welcoming congregation which features four choirs and at least one set of dancers.  In addition to a rousing sermon on Psalm 30, one of the most significant parts of the service was when one of the choirs sang the U.S. National Anthem.  Many were moved to tears and by the end of the service, nearly everyone agreed that it was a powerful and life changing.

Following lunch near our hotel, we were given some downtime.  This was proceeded by the CamAm Healing Concert.  Musical artists included local dancers, Regina Riberio, Sheryl Lee Ralph, Jay Lou Ava, Noel Ekwabi, and South African jazz legend, Hugh Masekela.  The concert during ARP I was excellent, but this concert has topped the list and probably won't be duplicated.  Every single aspect of the concert was well planned and executed and all the performers were top tier. I found myself wanting to know the names of the songs performed so I could download them.

Like last year,  our delegation was invited on stage towards the end of the show.  One of the event sponsors gave us gift baskets with lotions from their company.  We were all excited to receive them, but due to their weight and the amount of them, the cellophane wrap around them began to burst open.  Timing exactly when a person's bag was going to burst open became a running joke in our group.  It's going to be a beast to try to get them back home. 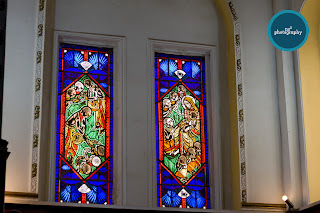 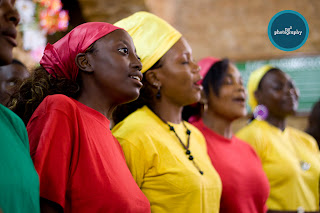 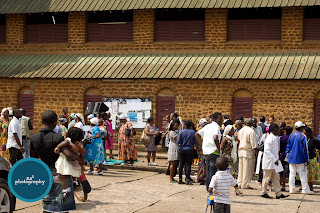 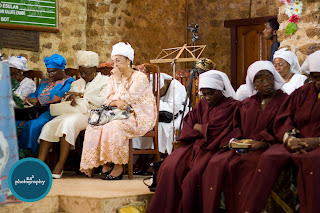 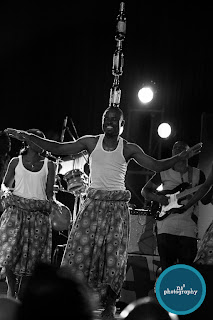 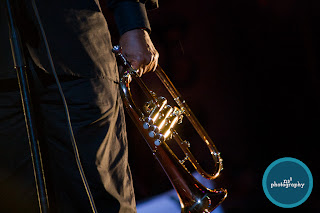 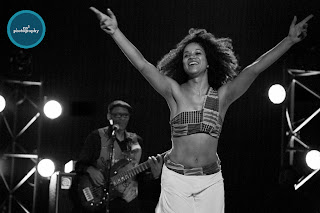 Anonymous said…
Hello, good afternoon !
My name is Allen EYENGA NSOM . I am a member of Ark Jammers. I am also The Vice president of the Evangelic Youth Movement which Lead the Choirs in DJOUNGOLO PRESBYTERIAN CHURCH in Yaoundé where our Camericans brothers and sisters worshiped the Lord Jesus-Christ last sunday.We sang the US National anthem as a "cantique", but not in french. We sang it in a very traditional rythm "Ekang" (South and Center Cameroon) in BULU Language. Not in French.
Thank You !!!
January 4, 2012 at 4:17 AM

Unknown said…
I love that you are Camerican! This was such a moving video and I enjoyed the harmonies and rhythms. Thank you for sharing the experience
January 7, 2012 at 11:43 PM

ALIMA said…
It was a good pleasure for me to play Mvett at this memorial ceremony of the returning back home to our brothers and sisters of USA, at EPC church of DJOUNGOLO! And as the pastor was saying, i thank God for that great and blessed day. ALIMA Mbomemvet from Cameroon
February 13, 2012 at 2:50 AM