The day started off slow, thankfully, as we were preparing to leave Kribi and head back to Douala in order to go back to the states.  At breakfast, we learned more about the preparation for our visit to Bimbia.  Our group leaders spoke about how it took three days and 15 people to clear the road for us to get to there.  The bamboo bridges were also built for our group.  We were also told about a portion of the site was not visited.  There is an island which was where the slaves were shipped off and where boats docked on the back side so they could not be seen from the coast which could prohibit the future capture of more slaves.  Our leaders actually wanted us to be able to travel to the island, which has been uninhabited for a number of years, but were told that it would take months to make it safe for visitors.

After the three hour drive back to Douala, we were given the ability to shop again at a local market.  I was again grateful for the help that our group leaders provided during the negotiation process and also for the fact that I was able to capture a few pictures and video of what it looked like. 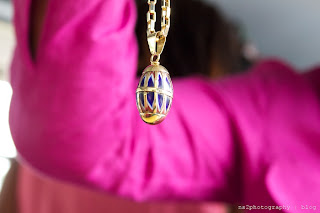 A custom made necklace that features the Bamileke stone. 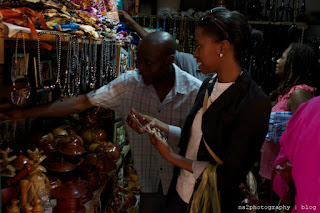 Britney being helped by a local store owner 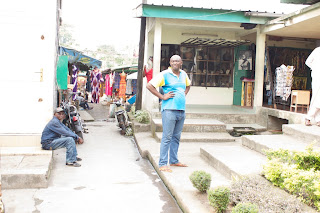 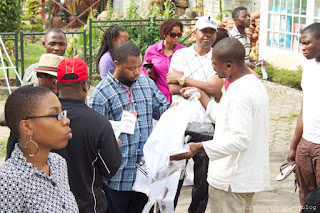 One man made an attempt to sell me some plastic gloves he had just bought from a pharmacy nearby.  I laughed at him and took his picture.  He seemed to think it was pretty funny too. 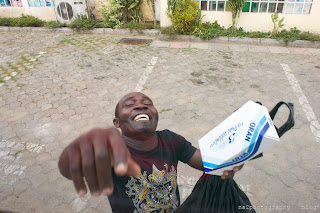 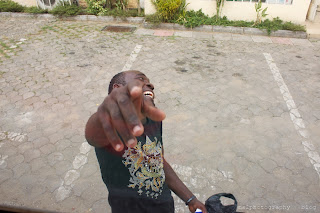 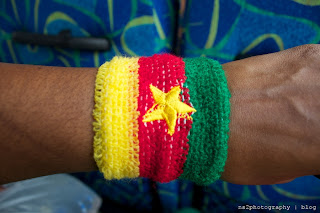 Next, we headed to the home of the first international top model of Cameroon for lunch.  We were all amazed as we entered her home through a custom built chapel that was erected for her family and included the burial site of her father.  The entire building was a sight to behold with the beautiful materials that were used as well as the presentation.  The seating, the flooring, and the stained glass windows were gorgeous. 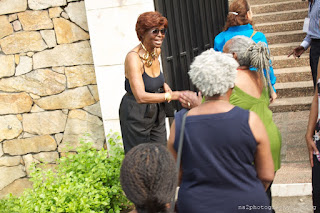 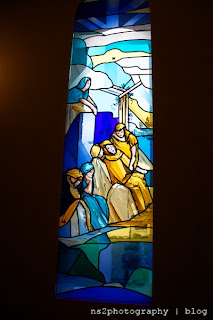 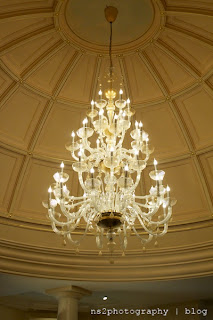 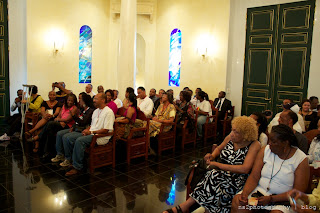 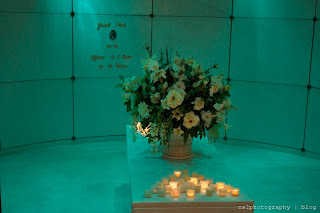 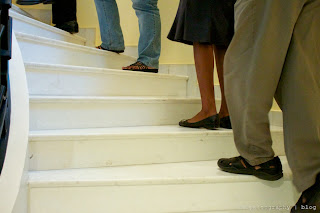 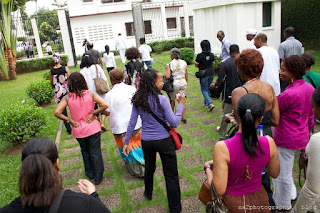 Initially, it seemed as though those who were from the Hausa, Massa, and Fulani tribes would not have the ability to meet with some of their tribal leaders during the trip due to the fact that most of these tribes reside in the Extreme North Province.  But, to our surprise, our organizers were able to get representatives from these tribes and they were invited to our lunch. Attendees with DNA traced back to these tribes had the opportunity to take take pictures, converse, and exchange information with the chiefs. 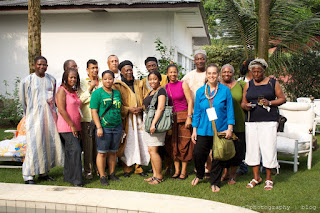 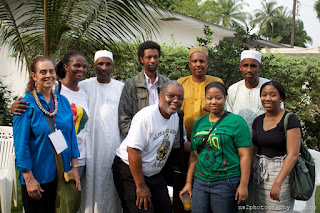 The lunch that was provided was spectacular, both in taste and presentation. Many of us felt as though we were at a wedding when we noticed the decor.  It was impeccable.  My favorite dishes were the garlic shrimp appetizer and the tiramisu that was made by our lunch host.

After lunch, we headed back to the hotel for one last conference.  At first, we all thought it was going to be a wrap up where we could speak about our experiences, and that was the case initially.  Those in the group extended their heartfelt thanks to ARK Jammers for putting on such a once in a lifetime program and shared their own personal life experiences during the trip.

Then, I noticed that our group leaders were signing documents frantically.  I couldn’t figure out why, so I, along with everyone else waited.  We were soon introduced to a landowner, Nathan Simb, and his wife, who were from Kribi, and had made the drive out to Douala to meet us.  What we heard following this sent the room into a frenzy.  Mr. Simb gave every single person in the group, those who were DNA-certified, and those who were not, an INCREDIBLE gift. I am STILL in disbelief about it all, but feel SO blessed to have received this.  I cried in Mr. Simb’s arms and told him over and over again, “Thank you!”  I could do nothing but cry and thank God for doing something so awesome for us.

As expected, it took us more than a little while to head up to our rooms and repack our bags.  Once that happened, we then headed over to a short reception at the Mayor of Douala’s office when we were greeted with “When the Saints Are Marching In.”  Once in the office, we were all presented with the key to the city as well as a medallion bearing the city's name.  By this time, we were all so overwhelmed with the love we received. Unfortunately, it was time for us to go to the airport. 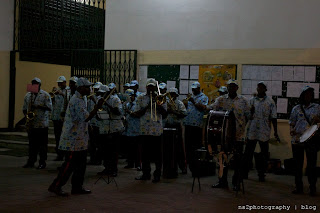 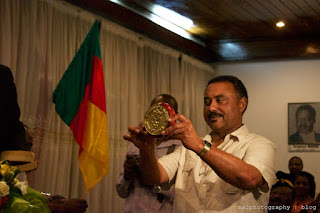 CR with the Douala city seal. 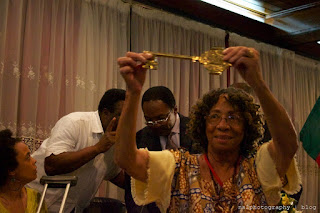 Willia with the key to the city.  This was historic considering that she was the first African American female mayor in the United States. 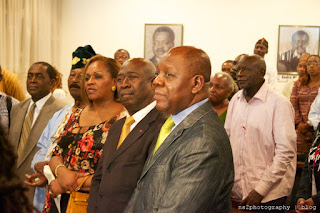 Our group leaders graciously lead us through the security process, which was definitely different than what we go through in the US.  Each person leaving Cameroon has to pay $10,000 cfa tax.  From there, you must go through regular security screening with your carry-ons two additional times.

Once we got to Brussels, we all had to go through two additional and separate screening processes.  It seemed a little excessive, but of course we were all grateful because it ensured everyone's safety. 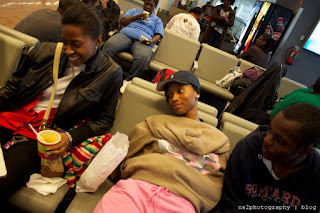 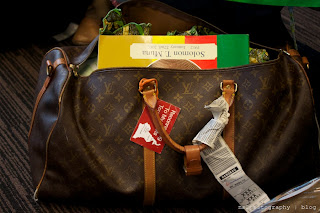 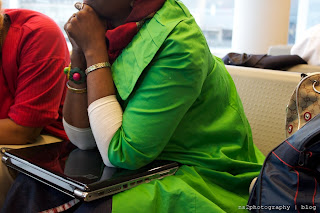 The customs process was pretty painless after we arrived at Washington Dulles although a couple people had some baggage that did not make it.  To our surprise, the Cameroonian Ambassador to the United States, His Excellency Joseph Bienvenue Charles Foe-Atangana, met us at the baggage claim.  We were all so excited and posed for pictures with him.  Lots of hugs and kisses ensued within the group as some called Dulles a hard stop and others had to continue their journey back to their homes.