Today the leads headed to the Chancery Clerk of Court office for Yazoo County, MS.  The Chancery Clerk is in charge of documenting the following:  deeds, probates, custody and divorce records. 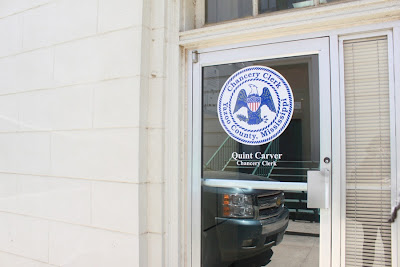 Searches were conducted for the surnames Atlas, Balfour, Bush, and Grace.

While records were found for the surname Balfour, the much needed inventory of slaves for William L. Balfour's plantation in Yazoo County, MS was not located. It's very possible that the inventory for this particular plantation was actually included with the one from Madison County, MS that was found during the 2008 research trip.

The day was shaping up to be one where only a small amount of information was gleaned until after the leads took a lunch break.  After they returned, quite a bit of pertinent information was discovered.  It involved Lucinda Bush Grace who was named as the former slaveowner of Clora (Evans) Atlas and her ancestors by Caroline Carson.  Clora (Evans) Atlas was the third wife of King Atlas, Jr. and the mother of Susie (Lee) Atlas and Nancy Ruth (Marshall) Russell.

It was discovered that her full maiden name was Lucinda Maria Bush and that she married a man named Charles C. Jacobs from Missouri before she married Major John Grace.  Upon her marriage to Jacobs, Lucinda filed a marriage settlement with the chancery clerk of court that would protect her land and property in Hinds County, MS, Warren County, MS, Yazoo County, MS as well as land in an unnamed parish in Louisiana.

The leads hypothesize that the land in Louisiana is in East Carroll Parish as this is where Lucinda ended up on the 1870 US Census. 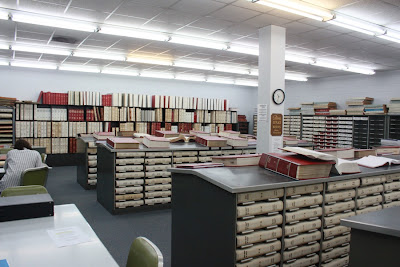 The names of over 40 slaves were included in the marriage settlement, none of which have been identified as family members, although it is highly possible that Lucinda did not acquire family members until after these documents were filed or they were never to be sold.  The following names were mentioned:

Book N, Page 342; Book O, Page 570 - Sukey & children, Amy & children, John & children, Jess & children, Isham & children, Harriet & children, Sophia & children, May & children. < On December 29, 1846, Lucinda (Bush) Jacobs gave 1/2 interest in her 524 acres of land in Yazoo County, MS and her over 40 slaves (mentioned above) for $8,000 to a Levi Beard.  It's unclear as to his relation to her by blood or in business dealings. Documents for a William D. Bush were also located, and it appears as though he may have been the father of Lucinda.  Transactions between Lucinda and a James A. Brooks and his wife Elizabeth lead the team to hypothesize that Elizabeth is indeed the Eliza Bush listed as a former owner of Clora (Evans) Atlas and family. 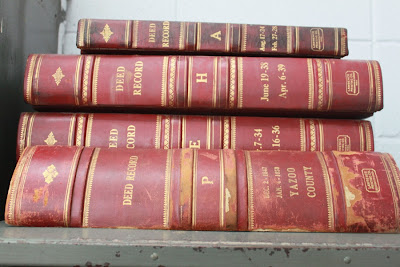 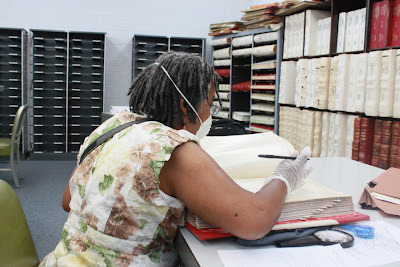 The team will be heading back to the chancery clerk for Yazoo County to do more thorough searches.  There will also be an effort made to visit the circuit clerk of court for the same county who maintains marriage, voting, and criminal trial records. 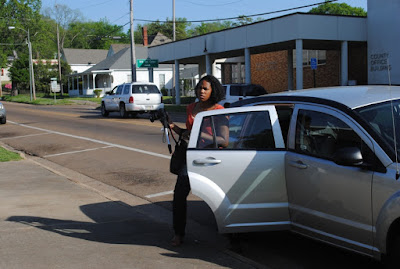