One Bale of Cotton

From Cotton.Org...here is what one bale of cotton can make:

Eyrie Plantation, owned by William Lovett Balfour, and later his estate, produced 300 bales of cotton as per a letter dated October 20, 1859. Eyrie Plantation, as of this date, had 103 slaves there, some of which, are believed to be the earliest traceable ancestors of the Atlas Family. Multiply the numbers above by 300 to see just how lucretive the cotton business and cotton plantations were during that time.

All Right Plantaiton, owned by Balfour's son in law, Horace Blackman, produced 258 bales of cotton as per the same letter. 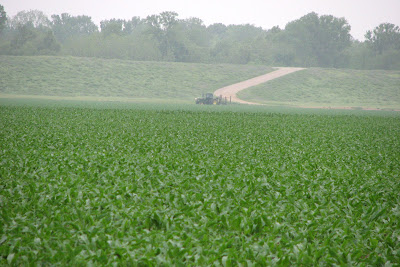 This area, in the northeastern portion of East Carroll Parish, makes up part of the land that was Eyrie or All Right Plantations. The mound of land towards the back of the photo is the levee for the Mississippi River. 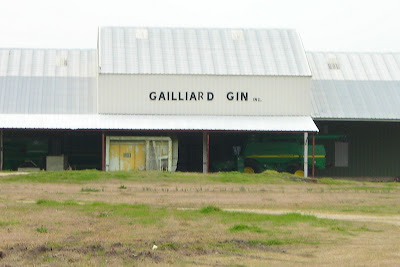 This is one of the many gins that still operate in the East Carroll Parish area. Gailliard Gin is located not far from Atlas family land. Farmers take their cotton to the gin to have the seeds removed before it is processed.

According to the Cotton Gin Museum, it takes 3 months to grow cotton. Also, they state that a bale weighs approximately 500 pounds. That means that Eyrie Plantation produced 75 tons of cotton, and All Right Plantation produced 64.5 tons. To add, "[a cotton picking] sack was approx. 12 ft. long for an adult male – a 'good' picker could pick 350 pounds a day – four to five sacks full! The filled sacks would be weighed at the wagon – recorded and then shaken out into the wagon. Pickers would wear long sleeve shirts, and a wide brim straw hat or bonnet for protection from the hot summer sun. Sometimes special gloves were worn to protect the hands. Sometimes knee pads were worn as the picker would crawl down the rows to give their back a rest from this grueling task. Picking cotton was very hot, tiring and laborious task."